Joan Duveen, originally trained as physiotherapist worked in his own private clinic as part of a general health center till 1990. In these years he was a dedicated teacher in anatomy, physiology and massage at a college for physiotherapy in Leiden in the Netherlands. 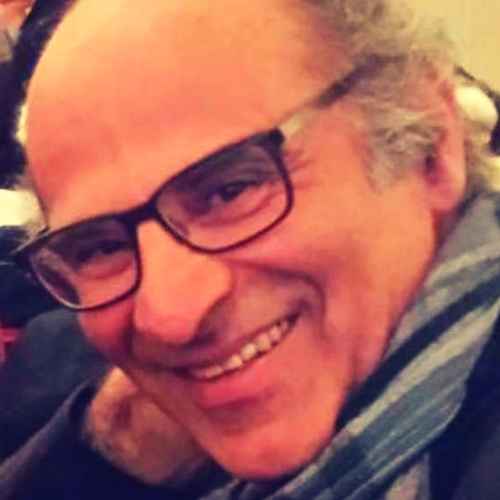 Being interested in physical work as well as in philosophy he heard about Dr. van Buren teaching  acupuncture based on Chinese philosophy. Since there was a long waiting list for this college he started his study in Chinese medicine, massage and later acupuncture in 1975 with other teachers. Together with Jan van Baarle he wrote a study book (in Dutch): Chinese massage for physiotherapists.

Graduated from the Dutch Society for Acupuncture, Holland in 1982, he finally was able to study with Dr. van Buren in the Netherlands and became B.Ac in 1986 at ICOM Holland.

At the end of this study he had the rare honor to be invited by Dr. van Buren to study with him in the UK for a M.Ac., which he finalized in 1991 at ICOM England.

He became a regular staff member at the International College of Oriental Medicine UK for 16 years, teaching Chinese Medicine in year 3 and 4. During these years, and also later till Dr. van Buren died, Joan was able to visit him often, to observe his treatments and to learn as much as possible and to exchange ideas.

Joan sees it as his task to keep the legacy of the work of Dr. van Buren alive, which is the practical use of Chinese philosophy in the acupuncture clinic. The core of the work of Dr. van Buren is found in the philosophy of the heavenly stems and earthly branches, a subject  which was theoretical for many years, even in China. Dr. van Buren’s work was to focus on the practical use of the philosophical ideas of the Chinese calendar in the acupuncture clinic.

Since 1987 Joan is an international teacher in this subject which brought him, besides the Netherlands to schools and congresses in England, Germany, Israel, Norway, Poland and Australia. Being a husband, father and grandfather he choose to refuse several requests from schools in other countries.

He is co-founder of the Study center Pakua (1988). He resigned as chairman after 13 years being convinced that the objectives continue to be propagated. This study center still organizes post graduate courses in Philosophical Chinese medicine.

In 1992 he had the chance to travel to China with a group of colleagues and Dr. van Buren and his wife Pauline to visit Colleges of Traditional Chinese Medicine in Beijing, Chengdu, Hong Kong and Shanghai.

His specialties in the field of acupuncture are pediatrics ( he studied with Julien Scott), pulse diagnosis (studied  with Dr. van Buren and Dr. L. Hammer and others), acupuncture according to the five elements and the philosophy of stems and branches, taking into account the constitutional energies by birth, based on the Chinese calendar.

About these subjects he wrote several articles in magazines for Chinese medicine.

Joan reads a lot and still studies Chinese philosophy and Chinese Medicine especially the I Tjing and the practical use of it in clinic. From his childhood on he is used to learn through spiritual work and to stay healthy by fitness, running, qi gong, yoga, meditation, long walks and listening music.

He is blissed with an active family life with his wife Marjolein, 4 children and 4 grandchildren.